Views of the San Joaquin Valley 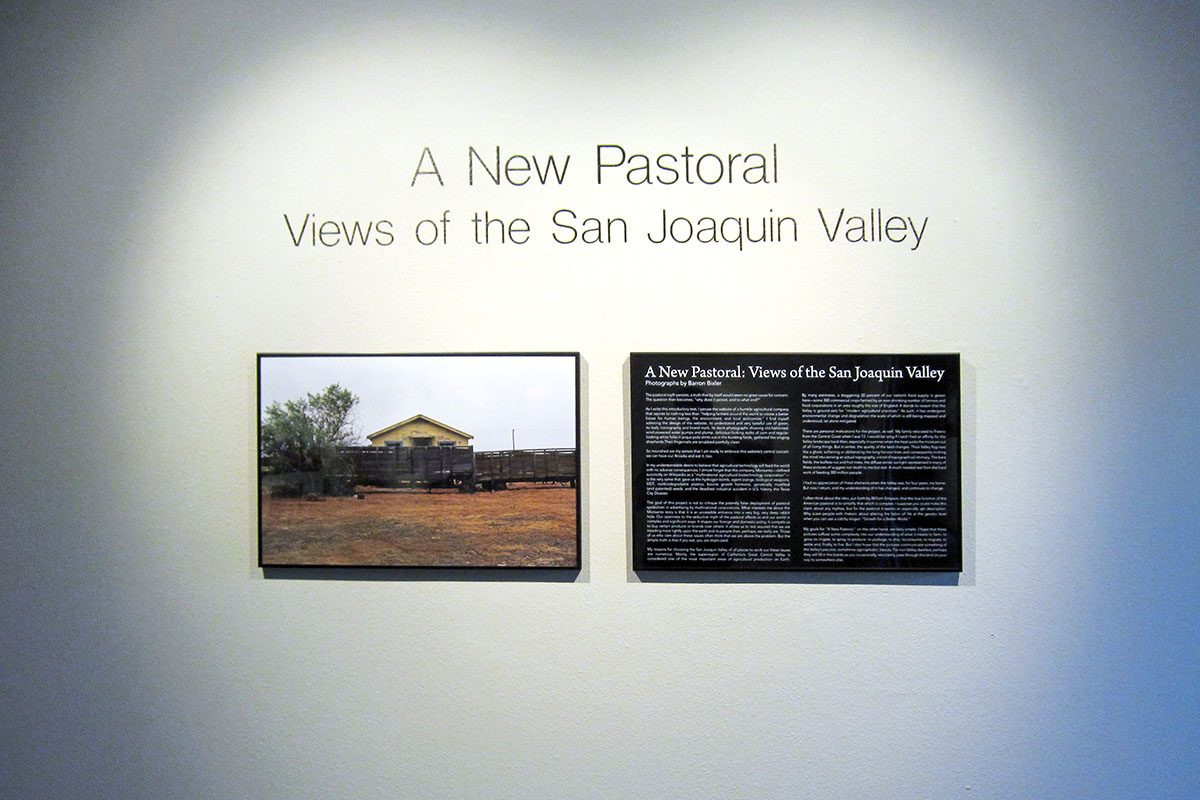 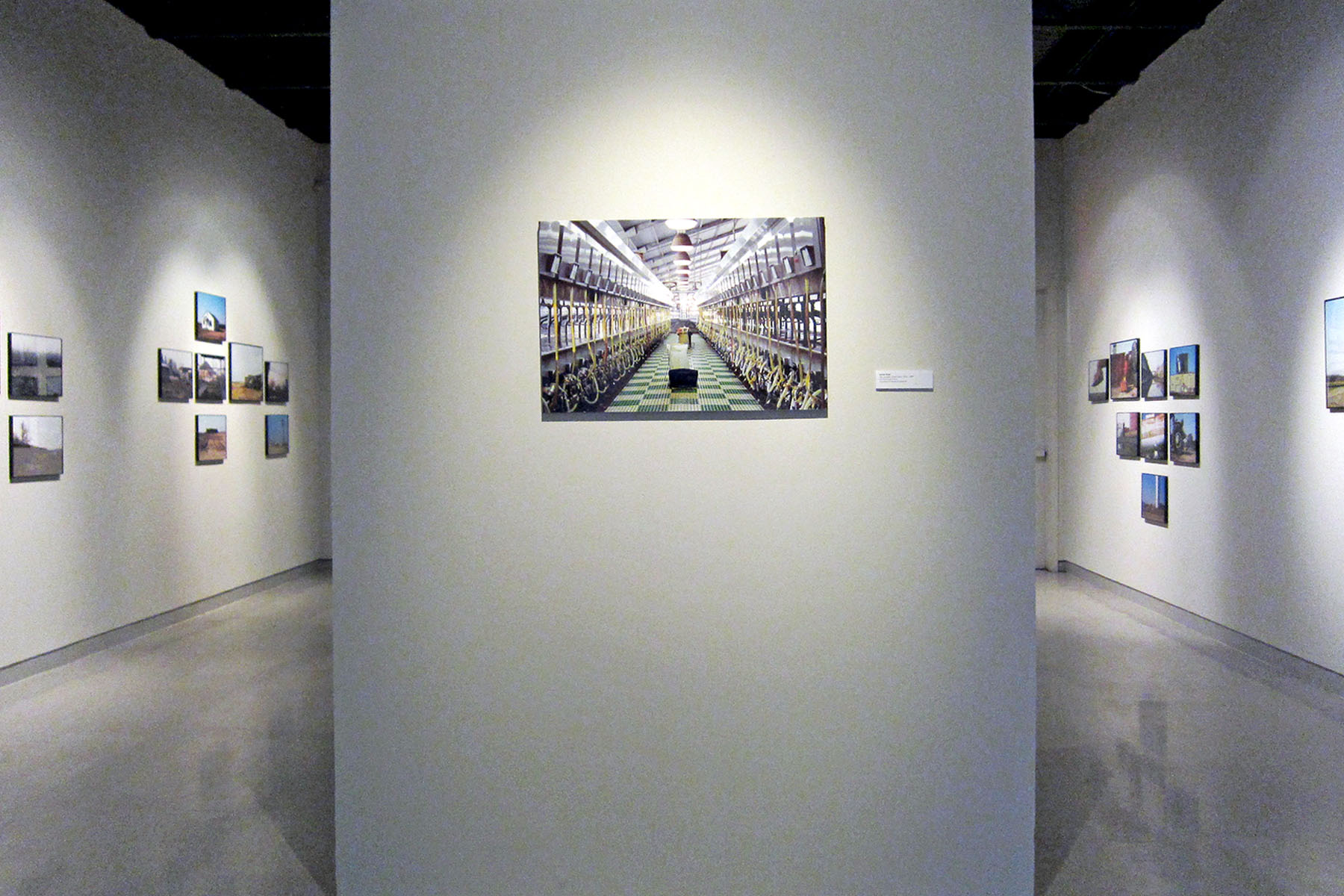 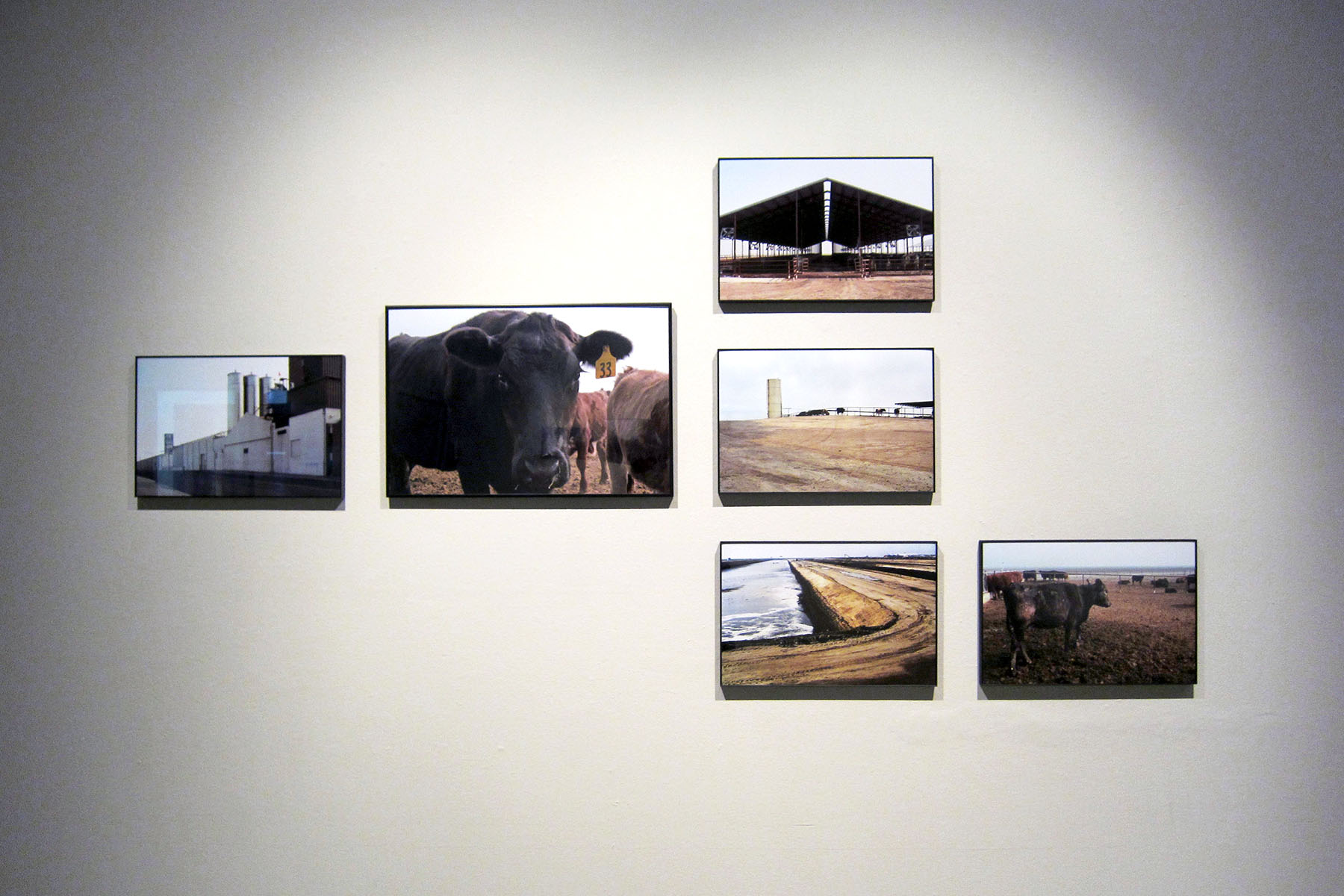 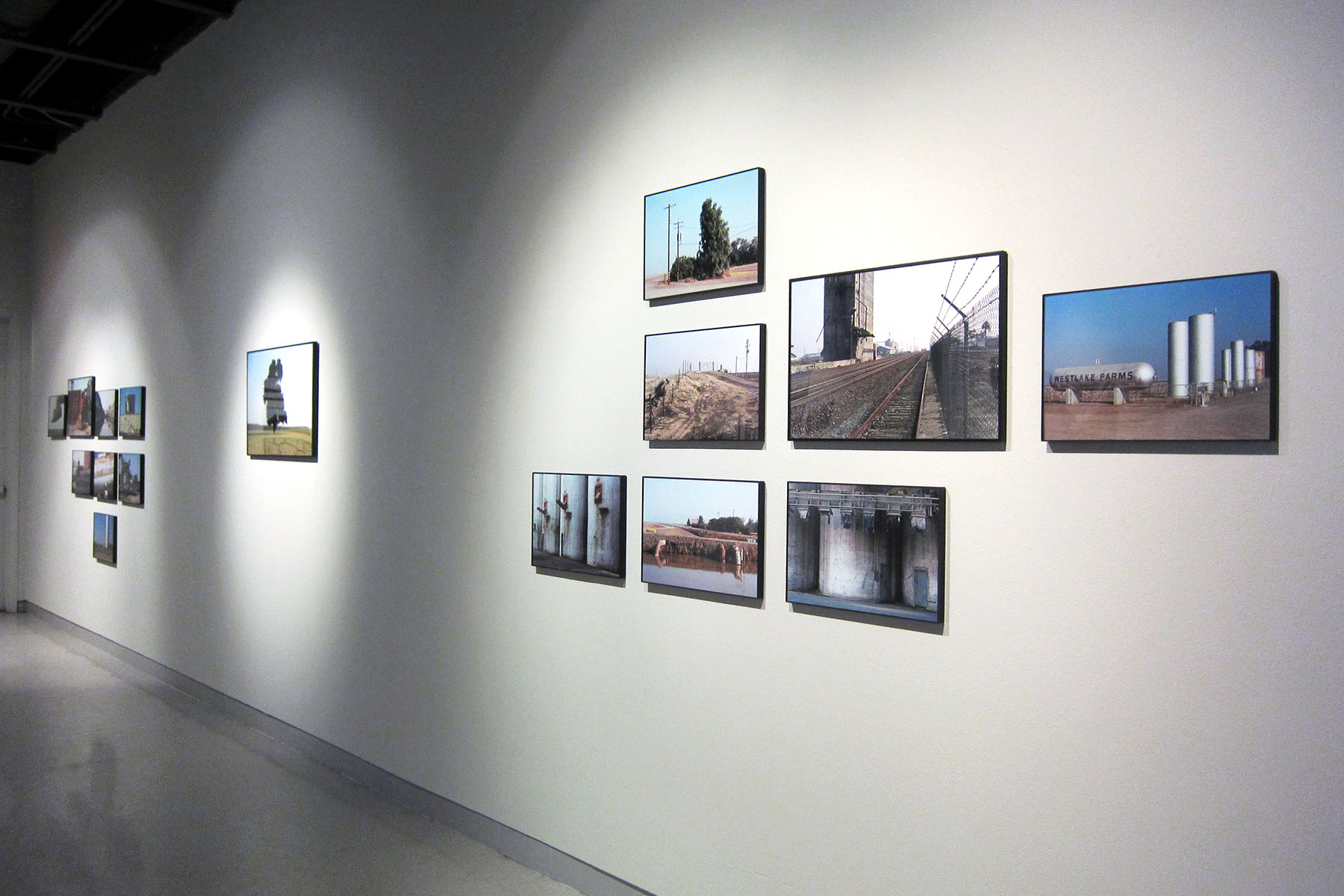 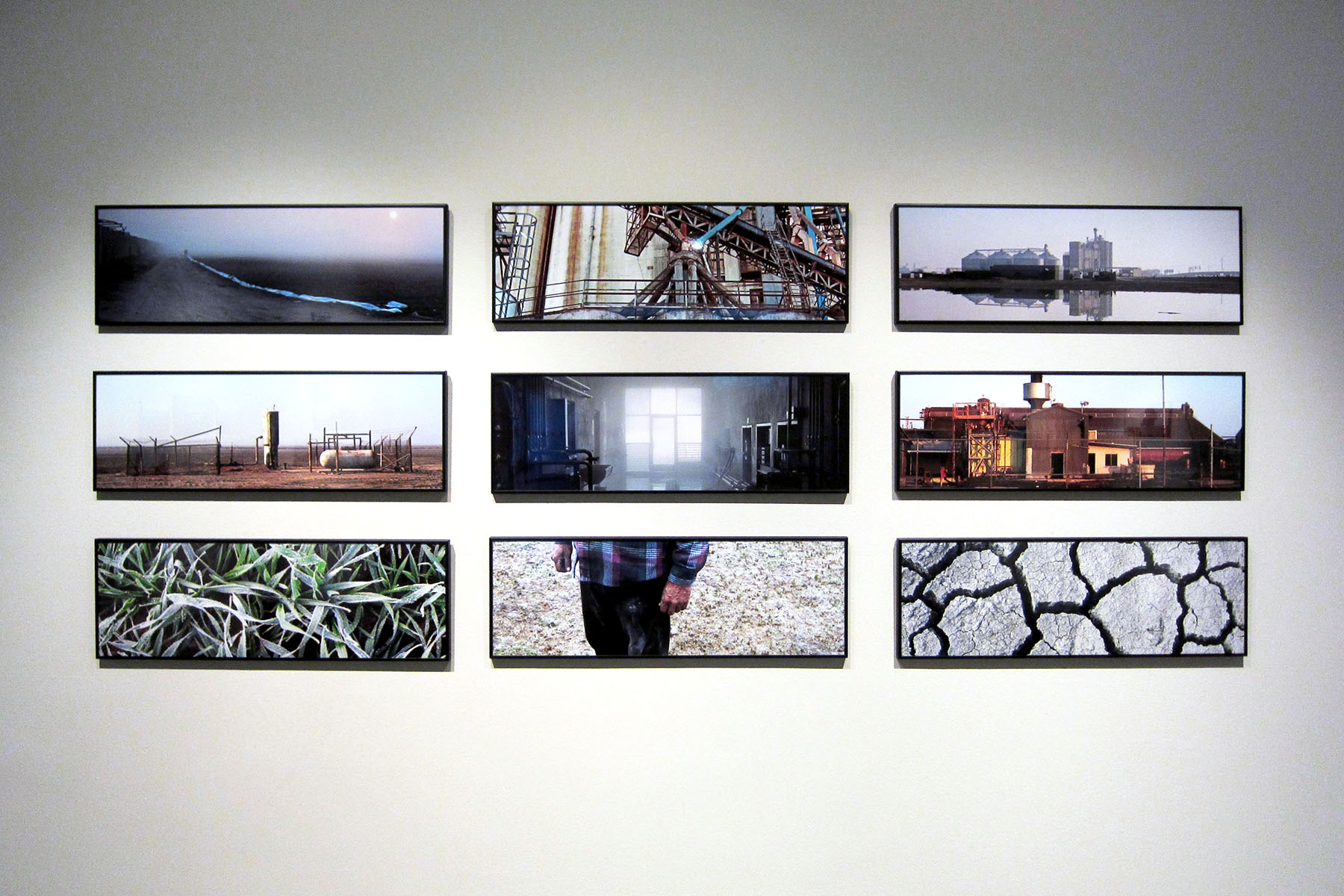 Talk Given at Exhibition Opening

The pastoral mode of storytelling persists, a fact that by itself would seem no great cause for concern. The question then becomes, “why does it persist, and to what end?”

As I write this introductory text, I peruse the website of an agricultural company that aspires to nothing less than “helping farmers around the world to create a better future for human beings, the environment and local economies.” I find myself admiring the design of the website, its understated and tasteful use of green, its leafy iconography and brand mark, its stock photographs showing old-fashioned, wind-powered water pumps and plump, delicious stalks of corn and regular looking white folks in pique polo shirts out in the bursting fields, gathered like singing shepherds. Their manicured fingernails look scrubbed painfully clean.

So nourished are my senses that I am ready to embrace this website’s central conceit: we can have our Arcadia and eat it, too.

In my understandable desire to believe that agricultural technology will feed the world with no adverse consequences, I almost forget that this company, Monsanto, is the very same that gave us the hydrogen bomb, chemical and biological weapons, agent orange, DDT, nonbiodegradable plastics, bovine growth hormone, genetically modified (and patented) seeds, and the deadliest industrial accident in U.S. history, the Texas City Disaster.

The goal of this project is not to critique the patently misleading deployment of pastoral symbolism in advertising by multinational corporations. What interests me about the Monsanto story is that it offers us an easy point of entry into a very deep rabbit hole. Our susceptibility to pastoral stories and mythologies affects us and our world in complex and significant ways. It shapes our agriculture policy. It compels us as consumers to buy certain products or brands over others. It allows us to rest assured that we are treading more lightly upon the earth and its people than, perhaps, we really are. Those of us who care about these issues often think that we are above the problem. But the simple truth is that if you eat, you are implicated.

My reasons for choosing the San Joaquin Valley of all places to work out these issues are numerous. Mainly, the region is one of the most important areas of agricultural production on Earth. A staggering 20 percent of our nation’s food is grown there—some 300 commercial crops farmed by an ever-shrinking number of farmers and food corporations. As a consequence, the Valley has suffered environmental degradation the scale of which is still being mapped and understood, let alone mitigated.

There are personal motivations for the project, as well. My family relocated to Fresno from California’s Central Coast when I was 13. I would be lying if I said I had an affinity for the Valley landscape back then, especially in summer when the heat sucks the moisture out of all living things. But in winter, the quality of the land changes. Thick Valley fog rises like a ghost, softening or obliterating the long horizon lines and consequently tricking the mind into sensing an actual topography, a kind of topographical intimacy. The bare fields, the leafless nut and fruit trees, the diffuse winter sunlight represented in many of these pictures all suggest not death to me but rest. A much needed rest from the hard work of feeding 300 million people.

I had no appreciation of these elements when the Valley was, for four years, my home. But now I return, and my understanding of it has changed, and continues to change.

I often think about the idea put forth by the critic William Empson that the function of the American pastoral is to simplify that which is complex. I suppose you could make this claim about any mythos, but for the pastoral it seems especially apt. Why would companies like Monsanto scare people with talk of genetically reengineering living organisms when they can use a catchy slogan instead: “Growth for a Better World.”

My aim for A New Pastoral is to invert this impulse to gloss over the deleterious impacts of industrial agriculture. In doing so, I hope that these pictures shed light on what it really means to farm in this way and at this scale. But I also hope that the pictures communicate something of the Valley’s peculiar, sometimes agoraphobic, beauty. For non-Valley dwellers, perhaps they will fill in the blanks as you reluctantly pass through this land on your way to somewhere else.